The Federal Government has disclosed plans to recruit 5,000 unemployed Nigerians in the Federal Capital Territory under the Basic Registry and Information System in Nigeria (BRISIN) scheme.

Dr Anthony Uwa, the Head of BRISIN implementation in Nigeria, said on Sunday in Abuja that more Nigerians would be recruited after the pilot phase.

BRISIN is an integrated system for the collection, storage and distribution of information to support the management of the economy.

Uwa said the system aimed at bringing developmental and economic growth in the country through the use of data collection of people and other relevant information.

“The data received will be used to plan for the management of the nation’s resources,’’ he said.

The project was initiated by the President Olusegun Obasanjo administration, while the Goodluck Jonathan’s administration inaugurated a Technical Committee for its implementation.

According to Uwa, since BRISIN covers all aspect of the economy, the recruitment is not restricted to a particular field or discipline.

He however, said the implementation would commence with the social welfare, an aspect of the project, with special attention to disability data bank.

“We are giving attention to social welfare and building the disability data bank to attain the actual number of disabled people in the FCT.

“We are recruiting 5,000 people out of which 200 will be sent to Italy for training on various aspect of the project and they will be the trainees’ trainers.

“They will be trained mainly on the use of data on every aspect of economic management with attention to health, education, economic monitoring, fiscal and revenue control, migration and human trafficking.

“BRISIN recruitment cuts across all cadres, from school certificate to PHD holders so the recruitment is not restricted.

“The recruitment will be published on e-transact by next week, the portal will be opened for about six weeks and the public will be sensitised on how to access and fill the form through the portal.

“Also, the 5000 people we are recruiting does not mark the end of BRISIN recruitment but just a pilot phase, as we start from FCT we will train those to work in other states,’’ Uwa said.

On the funding, he said a budget had already been allocated to the project but being as it was small, a BRISIN international Foundation was established to help source fund to supplement government effort.

“The budget is small so we have to look for donors from well-meaning Nigerians, corporate organisations and international donors so we do not depend on government funds alone.

“With this foundation, we want to see those claiming to love Nigeria come and donate generously to the implementation.

“When this is fully implemented, it will reduce the risk of Nigerians that engage on illegal migration, so this foundation is as important as BRISIN itself.

He urged Nigerians not to consider the move as a political affair being that it was an election year, but see it as a dream come true for Nigeria to attain the height it ought to have regarding job availability.

According to him, considering the economic monitoring, a lot of people will be involved, so it will create jobs and also a multiplying effect of job creation in the nation. (NAN) 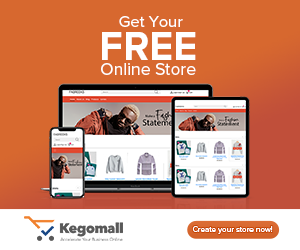 Get real-time update on jobs of your interest